The webcam shows the square of the 10th of April in the resort area Arcadia in Odessa in real-time (online). A well-known symbol of the city, thanks to the stele «Victory Wings», built in honor of the hero city of Odessa in 1984, the 40th anniversary of its liberation from Nazi invaders by the troops of the 3rd Ukrainian front, 10 April 1944. The monument is made as a stylized image of a gull-wing. Obelisk of grey marble topped with a Golden star of the Hero, and the two steles is the text of the «Decree of the Presidium of the Supreme Soviet of the USSR on awarding the city the title "hero City"». Also on marble boards Odessa immortalized the names of Heroes of the Soviet Union.
Geography: Odessa. Time zone: GMT+03:00
Broadcast quality: video, 1080p, 🔊 with sound. Status: webcam is online (checked today).
Category: monuments, squares, traffic. 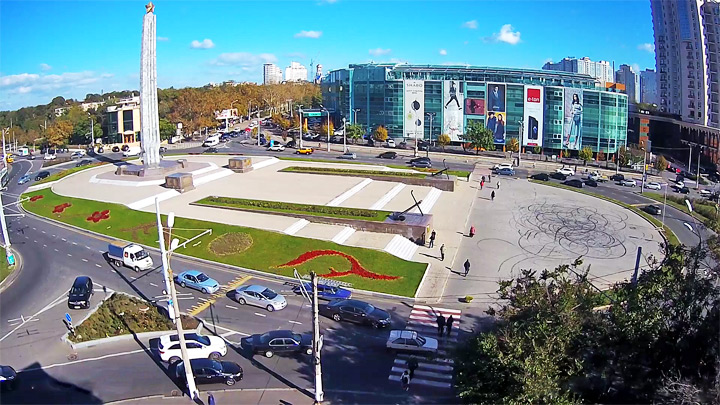 Interesting shots with the webcam: 1
new cams: Webcam with a view of Alushta and the Chatyr-Dag and Demerdzhi mountains, Crimea.