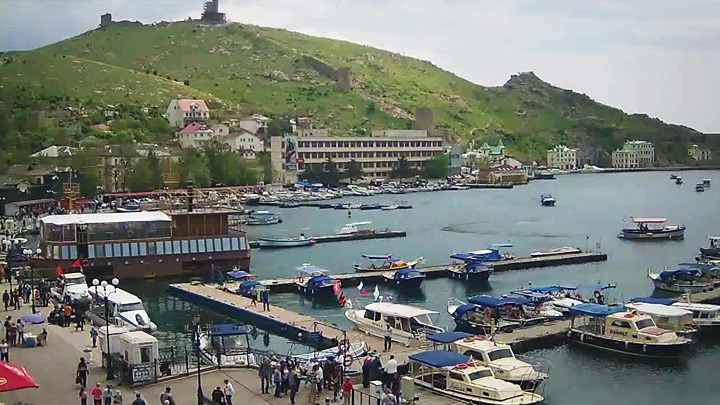 The webcam shows the embankment of Balaklava, a view of the ruins of the Genoese and of the Balaklava Bay. Balaklava - locality in the south-west coast of the Crimea. Until 1957 had city status. Today administratively is part of the Balaklava district of Sevastopol.

1 May square in Balaklava

Webcam with a view of Omega Bay (Round Bay, Sevastopol, Crimea)

PTZ webcam in the center of Sevastopol city