Webcam at the north nest of Bald Eagles, Decorah, Iowa

Webcam at the eagles nest at Glacier Gardens

This spectacular bird of prey became almost extinct in Hungary in the middle of the last century due to river bed regulation and its population decreased to 15 breeding pairs. Fortunately conservation efforts changed their situation and today we count around 200 breeding pairs with a growing trend.

Even though white-tailed eagles became protected by the law, the illegal poisoning and uninsulated electric wires are still decimating them. They are also very sensible to human disturbance: the surrounding of the nest needs complete tranquility from December till July. In some cases they lay their eggs in December and the fledgelings normally leave the nest in June-July. 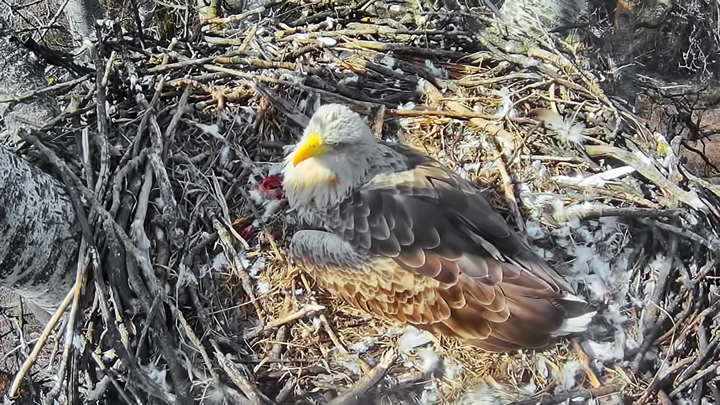