Webcam in the Dodo Pizza pizzeria on Novopetrovskaya street in Moscow

Webcam in the «Dodo Pizza» pizzeria on Yuzhnobutovskaya street in Moscow

Webcam on the 1st slope of the Sorochany sports resort 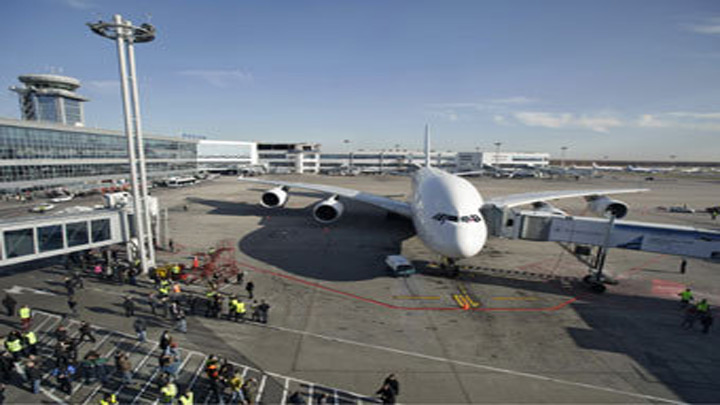 Live broadcast from online Domodedovo airport webcam, Moscow region. The camera is mounted on one of the airport terminals and shows the view of the terminal itself, the runway and the aircrafts.

Domodedovo International Airport (IATA: DME, ICAO: UUDD) is an international airport located on the territory of Domodedovo, Moscow Oblast, Russia, 42 kilometres south-southeast from the centre of Moscow. Domodedovo is one of the three major Moscow airports along with Sheremetyevo and Vnukovo, as well as one of the largest airports in Russia and the former USSR in terms of passenger and cargo traffic.
Geography: Domodedovo. Time zone: GMT+03:00
Broadcast quality: video, 360p. Status: webcam is offline (checked).