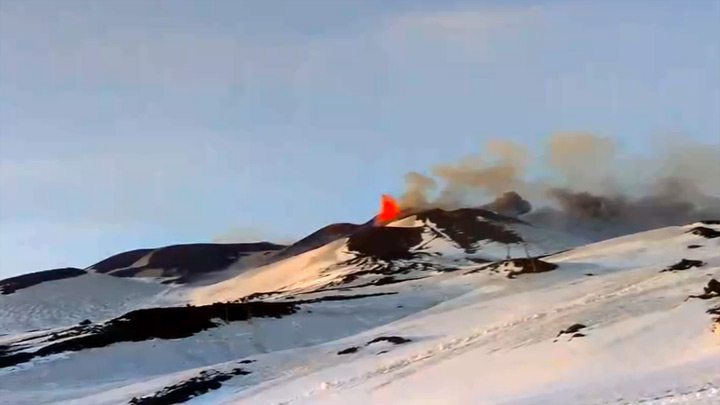 View of the Mount Etna volcano, arrival station of the cable cars, 2.505 mt. above sea level, ideal point of view to follow the live eruption.

Mount Etna (or Etna) is an active stratovolcano on the east coast of Sicily, Italy, in the Metropolitan City of Catania, between the cities of Messina and Catania. It is the tallest active volcano in Europe. It is the highest peak in Italy south of the Alps.

Mount Etna is one of the most active volcanoes in the world and is in an almost constant state of activity. The fertile volcanic soils support extensive agriculture, with vineyards and orchards spread across the lower slopes of the mountain and the broad Plain of Catania to the south.
Geography: Sicily. Time zone: GMT+02:00
Broadcast quality: video, 480p. Status: camera works intermittently (checked).
Category: volcanoes.
Source: www.skylinewebcams.com