Webcam at the intersection of Science Avenue and Butlerov Street, Saint Petersburg

Webcam at the intersection of General Khazov Street and Petersburg Highway, Pushkin city

Live webcam of the Sanctuary of Our Lady of Lourdes

Webcam of The Beach House Boutique Hotel on Roatan Island

You can see the Fontanka River Embankment, Lomonosov Bridge and Lomonosov Square (on the right on the broadcast) on the live webcast.

The Lomonosov bridge was built across the Fontanka River in the Central District of St. Petersburg, connecting Spassky and Bezymyanny islands. One of the outstanding monuments of the bridge building culture of the city.

Lomonosov Square is located on the embankment of the Fontanka River, in the historical center of the city. It is the bridgehead area of ​​the Lomonosov bridge. Converge to the square: 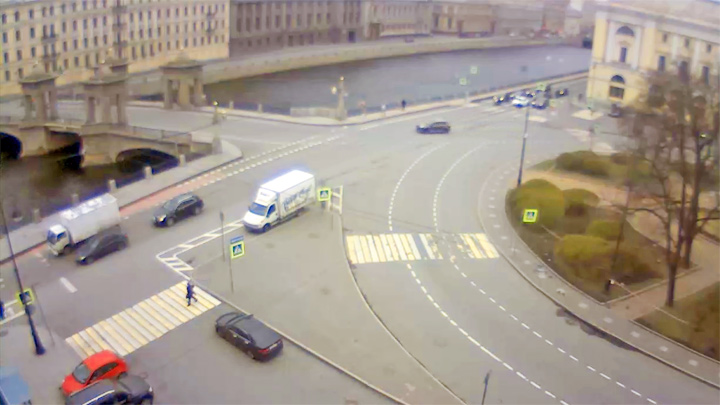