Live webcam broadcasts a view of Gagarin Square in Moscow. The camera operates in real time and is aimed at the Gagarin Square from the side of the 60th anniversary of October Revolution Avenue, 2/41. The monument to Yuri Alekseevich Gagarin is visible on the left side of the video broadcast. The 39/1 building on Leninsky Prospect is located in the center of the frame.

Gagarin Square is a square in the South-Western and Southern districts of the city of Moscow on Lenin Avenue, from which Kosygina Street and Prospect of the 60th anniversary of the October Revolution radiate. Under the square in the tunnel are the District Railway and the Third Ring Road. One of the largest areas in Russia. 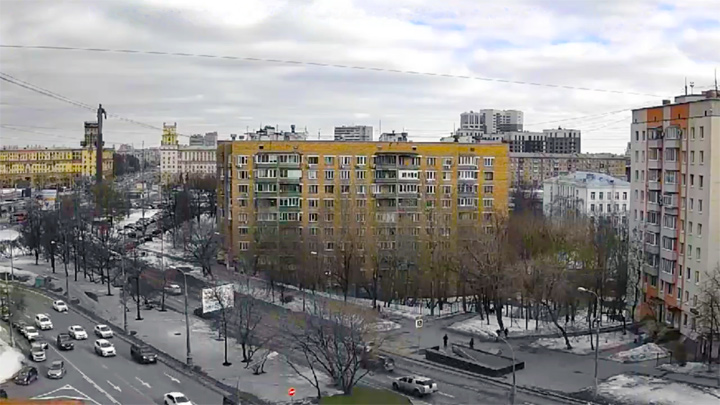