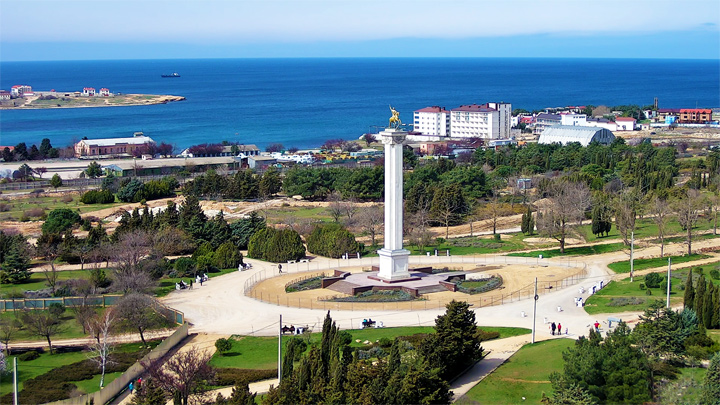 Live webcam broadcasts a view of Victory Park in the city of Sevastopol in real time. The camera is installed in the «Victory Park» RC on Park Street, 29A. The webcam is aimed at the monument to George the Victorious, that was elevated to the 220 anniversary of Sevastopol city.

On the video broadcast, in addition to the park, you can clearly see the entrance to Kruglaya (Omega) Bay, Sand Cape (the western shore of Omega Bay), the sea horizon.

Sevastopol's Victory Park is located in Gagarin city district, between the bays Kruglaya (Omega) and Streletskaya. The total area of ​​the park is about 50 hectares.