In the field of view of the camera also fall: Saint Jean Beach, Soccer Field.

Saint Barthelemy is located in the area of ​​frequent passage of hurricanes and tropical storms. The live camera installed on the island allows you to see in real time what the weather is like and watch live events taking place in Gustavia.

In September 2017, Hurricane Irma caused extensive damage to the island of Saint Barthelemy, destroying many houses and leaving it completely without electricity (all Saint Barthelemy webcams were destroyed or de-energized). The speed of the hurricane during the passage of the «Irma» over Saint-Barthelemy exceeded 72 m/s and with gusts reached 105 m/s. During the hurricane a three-month rainfall fell. The economic damage to the island amounted to about half a billion euros. The work of this live camera was restored on September 21 and from this day it again conducts direct live video broadcast in real time.
Geography: Gustavia. Time zone: GMT-04:00
Broadcast quality: video, 720p. Status: webcam is online (checked today). 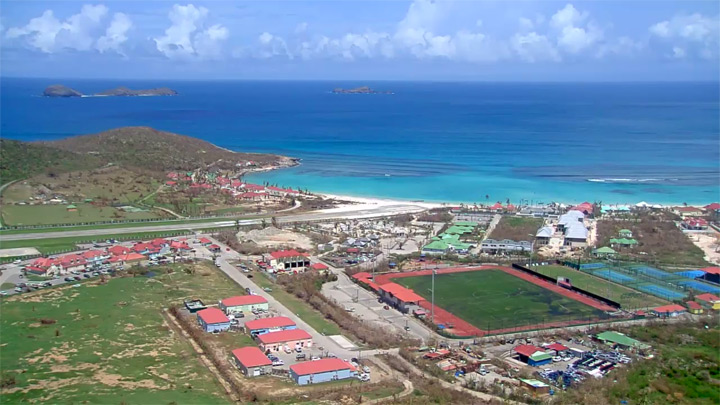