Webcam on the water ski base beach, Chernigov

Webcam in the park «Waltz of Flowers», Klin, Russia

Webcam of The Beach House Boutique Hotel on Roatan Island

Webcam at the stork nest in Feuchtwangen, Germany
Rating: 5/5 (votes: 1)

See the daily activity on London's Tower Bridge, including bridge lifts, live on Tower Bridge webcam. Watch what's happening on the Thames every day. Tower Bridge is a combined bascule and suspension bridge in London built between 1886 and 1894. The bridge crosses the River Thames close to the Tower of London and has become an iconic symbol of London, resulting in it sometimes being confused with London Bridge, situated some 0.5 mi upstream.

Tower Bridge is one of five London bridges now owned and maintained by the Bridge House Estates, a charitable trust overseen by the City of London Corporation. It is the only one of the Trust's bridges not to connect the City of London directly to the Southwark bank, as its northern landfall is in Tower Hamlets.
Geography: London. Time zone: GMT
Broadcast quality: video, 1080p. Status: webcam is offline (checked).
Category: bridges, rivers.
Source: www.visitlondon.com 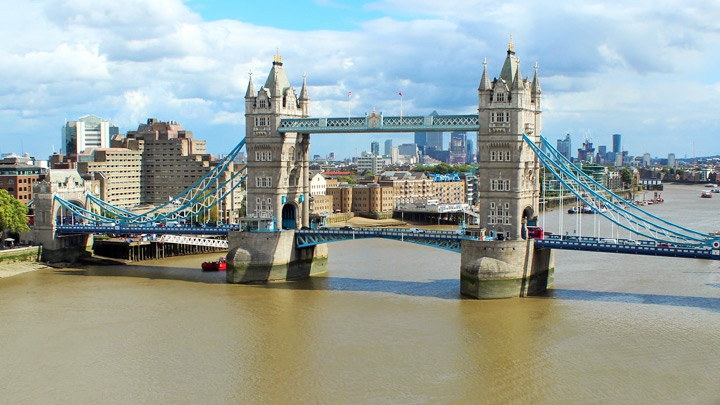