Aerolift is a helium tether surveillance aerostat complex, capable of lifting up to 17 people to a height of up to 150 meters. The aircraft is permanently installed on Pirogovskaya Embankment in front of the hotel «Saint Petersburg». The Aerolift is controlled by a certified aeronautic pilot with many years of experience in balloons and airships.

Live web camera allows real-time monitoring of the lift and descent of Aerolift, which are produced by steel cable with a special winch. The balloon shell is spherical, made of high-strength gas-containing material. The balloon of the Airlift is filled with a safe gas — helium. Aerolift's gondola is specially designed for viewing panoramas from a height and accommodates up to 17 people. With every rise on board there is a pilot — Commander of the Armed Forces. Aerolift is equipped with an air ballonet, duplicated by a signaling system for controlling the pressure in the shell, ballast, gas and air valves. On board the Aerolift there are means of individual and group rescue, information signs, VHF radio, fire extinguisher.
Geography: Petrogradsky District. Time zone: GMT+03:00
Broadcast quality: video, 720p, 🔊 with sound. Status: webcam is offline (checked).
Category: embankments, hotels, rivers, sights. 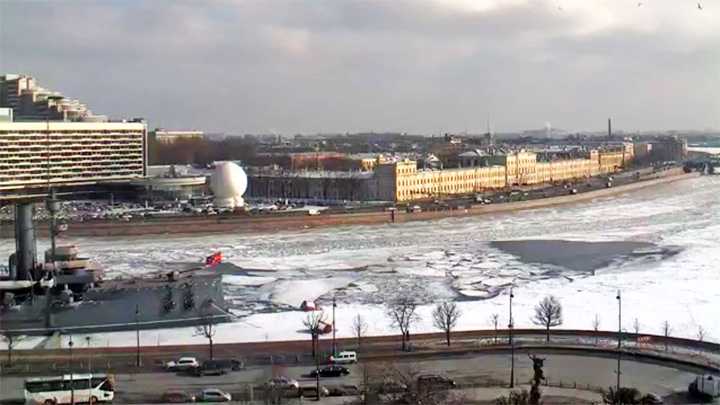