Webcam in the rehabilitation center for storks, Kozubschina, Poland

Webcam at the nest of black storks, Notecka Forest, Poland

Webcam at the stork nest in Feuchtwangen, Germany
Rating: 0/5 (votes: 0)

In the center of the live webcast from the webcam, one can easily see the Kaaba - one of the main places, which, according to the Koranic prescriptions, gathers pilgrims during the Hajj. The Kaaba has the symbolic name «al-Bait al-Haram», which in Arabic means «sacred house».

The name of the Masjid al-Haram mosque (in which this webcam is installed, overlooking the Kaaba) is translated as The Sacred Mosque. It is located in the city of Mecca in Saudi Arabia. 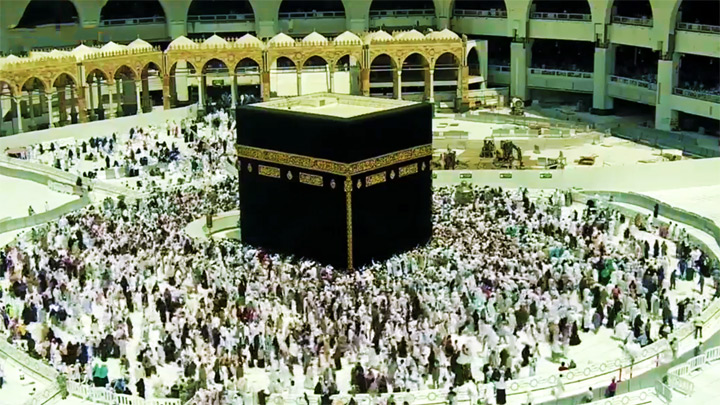 Interesting shots with the webcam: 1
new cams: Webcam of the Bukovina Hotel, Chernivtsi.