Live webcast from the webcam that shows a kestrel falcon's nest in the city of Brest (Belarus) on the roof of a 12-storey building in the Vostok microdistrict. The camera in real time leads the clock broadcast from the nest.

Kestrel falcons living in the wild on the outskirts of forests next to vast fields have recently begun moving to cities.

The city colony of falcons in Brest, according to ornithologists, has about forty families of kestrel falcons and is considered the most numerous in Belarus.

Live webcast from this webcam was made possible thanks to the NGO «Ahova ptushak Batskaushchyna» with the technical support of the SPD «Elnet».
Geography: Brest. Time zone: GMT+03:00
Broadcast quality: video, 1080p. Status: webcam is offline (checked today).
Category: birds. 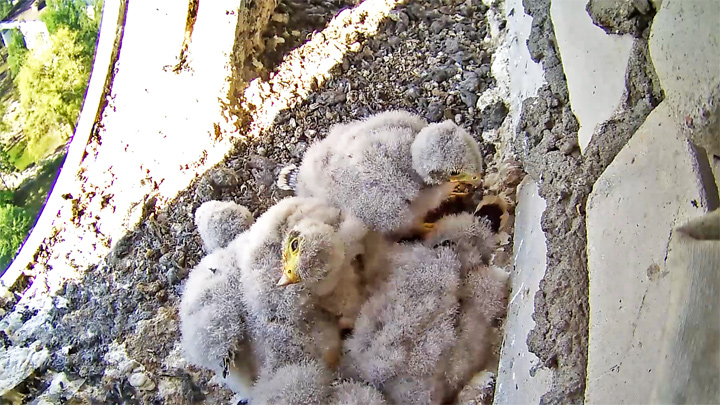