Webcam at the Osprey Nest on Hog ​​Island

Live webcam installed in the burrow of the Atlantic puffins on the island of Seal, in the Gulf of Maine, in the Atlantic Ocean. Hidden camera allows you to watch in real time as puffins nest and breed during the spring and summer months. Such factors as changes in the level of the tide, glare from the sea surface and thick fog sometimes influence the work of online webcams. If the video stream is interrupted, stay tuned — the broadcast will be restored quickly!

Puffin or Atlantic puffin is a species of sea birds that nest in burrows in bird markets and feed on fish. 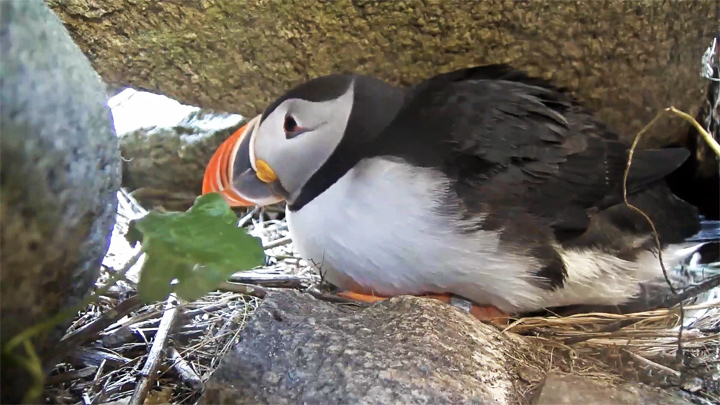